Are your days always busy and hectic, leaving you exhausted and in a bad mood? Powermind’s Magnesium & Lemon Balm is exactly what you need. Specially formulated with Magnesium Glycinate and Lemon Balm, it reverses the bad mood, stress and exhaustion that piled up during the day, and leaves you feeling relaxed and elated. Click ‘Add to Cart’ now and enjoy pure niceness in every tablet.

Our specially formulata contains Lemon Balm, also known as Melissa Officinalis, and Magnesium Glycinate. Lemon Balm is known for its powerful relaxing properties on your mind and body, making it a powerful way to soothe stress, anxiety & nervousness, while also improving your cognitive functioning. Magnesium Glycinate on the other hand, is known for helping you sleep better at night, reducing fatigue, and improving overall function of the nervous system. A good night’s sleep allows your body to recover your energies in readiness for the next day.

Natural and with a High absorption rate

All the ingredients in our food supplements are quality sourced, guaranteeing you a safe way to revitalize your mind and body. Vitamin B6 helps improve the efficiency and absorption of magnesium and lemon balm, getting you the desired results faster whenever you take a pill. Our Food supplements contain no artificial  colors or flavors either. They are vegan friendly too.

Get your pack of 120 tablets today

Food Supplements should not be used as a substitute for a balanced and varied diet and healthy lifestyle. Always consult your Medical Practitioner before taking Food Supplements especially when taking medication or being under medical supervision. Not suitable for pregnant, nursing women, or children except directed by a Medical Practitioner. Not suitable for children under the age of 18.

On stress, anxiety, and depression:

Magnesium is scientifically proven to have, at effective doses, a positive influence on health, particularly in terms of stress, anxiety, and depression. A 2016 German study on 100 people showed that magnesium intake has a clear effect on stress recovery. It also increases recovery from mental and physical exertion and improves heart rate variability, which is a measure of the body’s ability to adapt to stressful situations. (1)

A magnesium deficit has been linked to a variety of mental and mood disorders. Magnesium intake has been found to help with mood disorders, depression, and anxiety in at least 12 trials. Other research has established a link between a healthy level of magnesium in the blood and a reduction in stress indicators. (2)

The improvement of the symptoms of depression is clearly visible after two weeks of daily intake of magnesium. They are observed in all people irrespective of gender, age, or degree of magnesium insufficiency. (3)

When magnesium is combined with vitamin B6, it is more easily absorbed and bioavailable in the body. In addition, this combination benefits in the reduction of severe stress, (4) even in women during their premenstrual phase. (5)

Melissa officinalis (lemon balm) is a lemon-scented medicinal plant from which it takes its name. It has been known and cultivated in many parts of the world since ancient times. It was mentioned as early as 300 BC in Historia Plantarum, a treatise on medicinal plants by the Greek philosopher Theophrastus. Paracelsus (1493-1541), a Swiss physician and philosopher, recommended its use for “all complaints supposed to proceed from a disordered state of the nervous system” and praised its ability to completely revivify a man. (6)

Today, science tends to prove undeniably the virtues that ancient traditional medicines attributed to lemon balm. Recent studies have shown that the effects of Melissa officinalis on the central nervous system vary depending on the strain used. These strains differ in their ability to bind to cholinergic (nicotinic or muscarinic) receptors. (7) When the extract used has a low affinity for these receptors present on the cell membranes, the plant has only a calming and sedative effect, as known by traditional medicines. But, when the extract used has a high affinity for nicotinic and muscarinic receptors, the plant has, in addition to having sedative properties, beneficial properties on memory. (8) These observations suggest that the mechanism of action by which Melissa officinalis acts as a sedative and calming agent is independent of cholinergic receptors. Even if the beneficial effects of lemon balm on the brain, are not explained, they are still demonstrated by a sufficient number of studies. (9)

Melissa officinalis is nowadays used in alternative medicine as a sedative. These properties have been scientifically confirmed. Researchers from the Human Cognitive Neuroscience Unit at the University of Northumbria, UK, found that the administration of 300 milligrams of extract of this plant induced a significant increase in the speed of calculation in individuals one hour after the intake. A dose of 600 milligrams of the same extract induced an improvement in mood. (10)

An Australian researcher’s team worked on the effects of lemon Balm over stress with an intake of 300mg. They found 3 outstanding results: decrease in stress levels, improvement in working memory, and increased focus for up to three hours. This long duration of action is not associated with any side effects. (11)

On sleep and recovery

Magnesium is required for a variety of bodily functions, including metabolism, nervous system function, and muscle creation and function. Chronic fatigue is a widespread ailment nowadays, and it’s frequently linked to low magnesium levels in the blood. Furthermore, magnesium is one of the few food supplements and alternative remedies that is actually effective in treating chronic fatigue. (12)

In a 2012 study, scientists found that magnesium intake improves sleep quality and makes it easier for patients to fall asleep. Lemon balm, on the other hand, promotes the synthesis of melatonin, which aids sleep. It also helps to improve sleep quality by lowering cortisol levels, which relaxes the body and mind. (13), (14)

Periodic limb movement during sleep (PLMS) is a condition where the patient moves his limbs involuntarily during sleep. It is often associated with restless leg syndrome (RLS). It consists of an irresistible urge to move one’s legs accompanied by great discomfort. PLMS occurs in up to one in ten people and causes severe sleep disturbances leading to chronic fatigue. Both syndromes are frequently linked to a low level of magnesium in the blood. (15) In a 1998 trial ten men and women suffering from RLS or PLMS received a daily dose of magnesium for six weeks. This treatment largely decreased the frequency of PLMS- and RLS-induced limb movements in all patients. Subjects also reported improved sleep quality. (16)

Magnesium has a soothing and restful effect due to its ability to inhibit calcium channels involved in involuntary smooth muscle contraction. The same mechanism allows it to have a vasodilator property, which aids relaxation. (17)

On the maintenance of intellectual abilities

Magnesium has an antioxidant effect. It helps to prevent senility and maintains intellectual abilities during aging. (18)

Magnesium is a cation that is essential for the proper functioning of the central nervous system. This is simply since it has neuroprotective properties. It plays a crucial role in nerve impulse transmission. Magnesium supplementation has been demonstrated to improve cognitive capabilities in vitro experiments. (19)

A study by the Centre for Learning and Memory Tsinghua University in Beijing, China, suggests that increasing magnesium levels in the brain through adequate intake could improve cognitive abilities. Magnesium deficiency affects more than half of the world’s population and it may contribute to memory decline in old age. (20)

What makes magnesium glycinate better than other forms of magnesium?

Oral magnesium supplements come in a variety of forms. First-generation inorganic salts have limited bioavailability. Organic salts of the second generation are more easily absorbed by the body, but they have the drawback of being laxative.

Magnesium glycinate is a third-generation organic salt. It’s one of the few that doesn’t have any of the disadvantages listed above. It’s easily absorbed by the digestive system, offers the best bioavailability and, has a great efficacy with the least side effects. 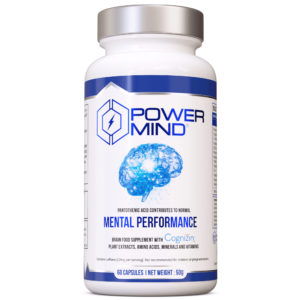 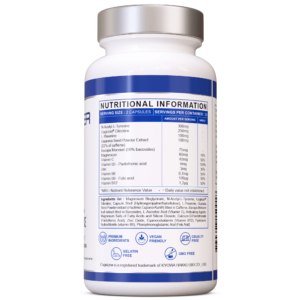 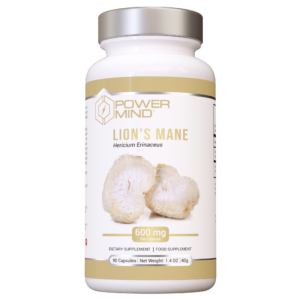 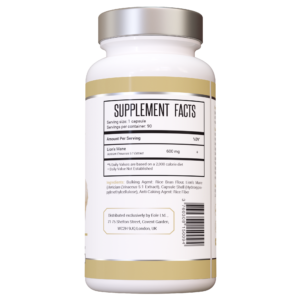 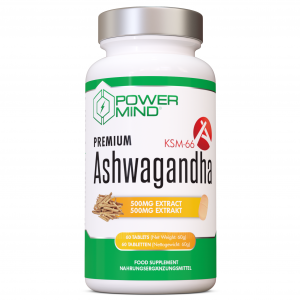 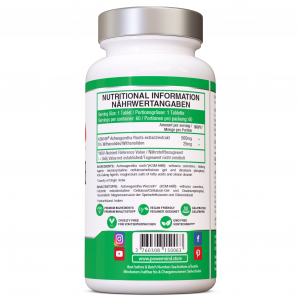 $ 14.90
Shopping cart
close
Start typing to see products you are looking for.